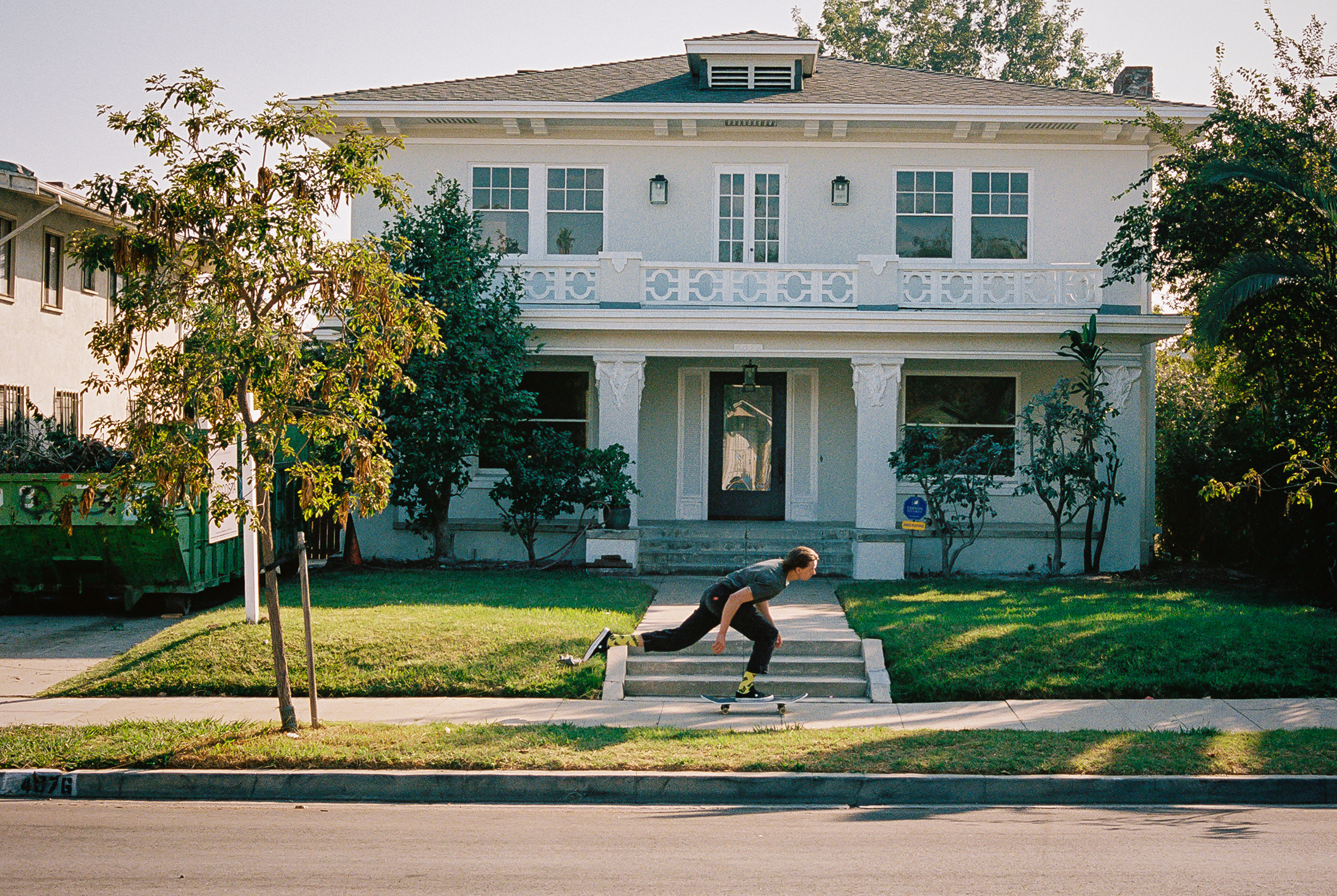 Songwriter and producer Evan Klar is an indie pop addict who spends all his time producing music for both himself and other artists. Currently living between Berlin and Melbourne, Evan claims his self-confessed “muddled identity” fuels a loose approach to making pop music. His nomadic lifestyle isn’t the easiest to grasp but through his Parents, there’s a pattern to learn.

Evan’s mother, also a keen musician, moved to Bielefeld Germany aged 18 from Perth Australia. She met Evan’s tall quirky, very German father packing boxes at Seidensticher, a clothing factory. Fast forward a bunch, Evan’s parents married and eventually studied to become teachers and moved to Perth Australia where Evan was born. Once Evan turned one his parents scored teaching jobs at a school in Singapore, a sweet spot for a young bratty skateboarder like Evan to get chased by police whilst attempting to grow up.

Post high school Evan wanted to leave for Bielefeld to uncover his German routes and get close to family. Just like his mum back when, a local machine factory took him in, oiling, measuring and cleaning ambiguous metal objects, a boring but skin thickening year for the confused eighteen year old. But of course Evan started giving bass guitar lessons to Jochen, his fifty five year old co worker who opened up about being on the same wage as Evan for over thirty years. It took Jochen half a minute to talk Evan into quitting the job and pursuing his passion for music.

Evan left Germany for London where he connected with friends who were finding success in the music scene, he was instantly drawn in. Evan was taken along for the ride as a session musician, and was soon crossing Europe on significant stages, including Glastonbury, Big Chill, and Great Escape, playing for acts such as Primary One, Charlie XCX, and Alex Metric. Despite the industry crash-course, Evan ultimately felt disconnected when playing other’s music, and decided to pursue his own style of nuanced pop. “pop music kinda reminds me of playing with lego as a kid” – his approach seemingly carefree but his writing often deeply personal, cosy and inquisitive.

Pining for the chilled out lifestyle in Australia, Evan relocated to Melbourne to spend time with his brother and family. Between surfing and skating, he completed his debut album Deepest Creatures, put together a touring band, and worked on a studio build that was to become his Australian base. [Text Wrapping Break]

Evan’s next single, ‘I Do’, was co produced with his friends Tobias Kuhn And Nikolai Putthoff ( Milky chance), is a pop tune that was produced with a pocket synth, broken bass guitar, with vocals recorded on a mobile phone. The Song tells the liberating story of a young lady who breaks free from her uninspiring life. She drops everything behind her and sets off to search for a brighter future.

Currently Evan continues to work between Melbourne and Berlin, where he is supported by Monchique, a sub-label of Greenland Records – an independent label that understand his vision and the relaxed approach he takes to creating music which is worldly, whimsical, and always from the heart.