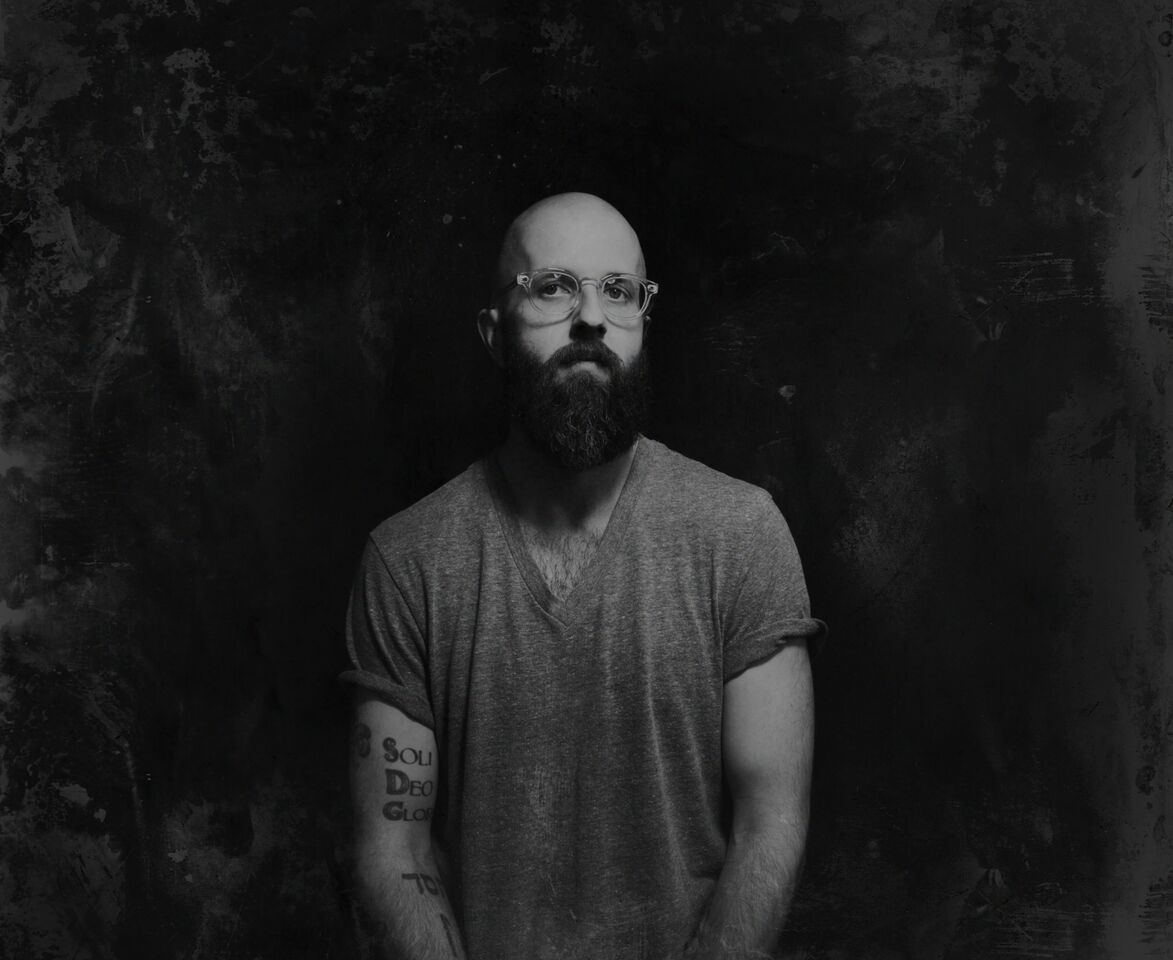 “Would you bend these bars that hold you, keep you from the peace and stillness come. And lay your head beside a better burden, until the heal has come.”
– William Fitzsimmons

William Fitzsimmons is equal parts songwriter and psychotherapist, creating captivating music, which uniquely melds depravity, honesty, and autobiography into a counter-intuitive seamless whole. Fitzsimmons has created albums that are thoroughly themed and embossed with matters of family history, intimate disclosure, and bold confession, yielding rich folk music, ranging from the stark and acoustic to the voluminous and electronic. All the while reflecting William Fitzsimmons commitment to addressing what is always pressing, and yet all too often ignored.

William Fitzsimmons grew up in a very musical household

Fitzsimmons’ path into music came at the influence and education of his parents, both of whom filled his childhood home with a myriad of instruments, sing-a-longs, and theoretical instruction. However, far from being a mere pastime in the Fitzsimmons’ household, music was a communicative necessity between William and his parents, both of whom being blind, relied on the language of music to bridge the relational gap between themselves and a child who experienced the world entirely differently from them.

During his collegiate and post-graduate years, William Fitzsimmons left music behind in order to pursue a career in the mental health field; becoming a therapist was a long-held aspiration. Upon completion of a Master’s Degree in counseling, he worked as a therapist with the severely mentally ill for several years. It was during the later part of his training that he began to write songs as both a preparative exercise for his work in the psychiatric field, and as a personal catharsis to deal with his own long-standing psychological maladies.

His music is a personal catharsis for him

His first two albums, homemade and self-produced, were expositions on both his unorthodox upbringing and his family’s disintegration during his youth. Their understated presentation and overt descriptions of relational and familial disillusionment met quickly and potently with listeners. Very soon thereafter, still working within psychology, William found his songs spreading broadly and being featured on national television programs. However, the process of such revelatory writing and rumination was taking a gradual and heavy toll. During the making of the Goodnight album, Fitzsimmons saw most of the segments of his life begin to tear asunder.

Fitzsimmons’ third effort, 2008’s The Sparrow and the Crow, was a detailed and afflictive retelling of the events surrounding his divorce from his wife of nearly ten years. Written as a personal apology to her, the album is a foreboding but genuine tale of misfortune and a reconciling of the darkest point of his life. It was named iTunes’ Best Folk Album of that same year. Following the release of Sparrow, William would take a moratorium from songwriting for over two years.

Fitzsimmons’ release, Gold In The Shadow, is a musical reflection of the personal resuscitation and psychological renovation, which took place in the years following his divorce. Based on a specific set of psychopathological disorders from the Diagnostic and Statistical Manual of Mental Disorders IV (DSM-IV), he describes the songs as “a real and long coming confrontation with personal demons, past mistakes, and the specter of mental illness that has hovered over me for the great majority of my life.” However, whereas nearly the whole of William’s previous albums have dealt with the bleak and somber side of inter- and intrapersonal disaster, Gold is a work focused on healing. William continues: “I had reached the point where I was either going to yield to my sicknesses or engage them headlong. In either case, I could no longer continue the way I was.”

Gold In The Shadow represents a welcomed musical departure, not from authenticity in writing, but in the field of focus. It is a return to his pre-music therapeutic passions, but with one eye now fixated on actual and optimistic change. It is ripe with personal elements, but also represents his first foray into external perspective taking; examining the lives and psychological struggles of those around him in addition to his own. It is an acknowledgement of the shadow self and the Todestrieb (Freud’s “death instinct”); but, even still and more so, an acceptance of hope.

Lions is a musical reflection of the personal renovation that’s taken place since 2010’s Gold In The Shadow. Best summed up by Fitzsimmons himself.

“The last couple years have been…full (kind of difficult to describe years in a single word). They have been wonderful, painful, long, incredibly brief, and more educational and rewarding than any I’ve ever lived before.   I finished touring on the previous record feeling very conflicted. The longer I’m given the wonderful opportunity to write and create things, and subsequently share them with others, the more seriously and preciously I take that endeavor and responsibility. It is something I look upon with the utmost gratitude and respect.  ”

The follow up release, Pittsburgh is William Fitzsimmons way of dealing with the death of his beloved grandmother. The seven songs to the mini-album only needed three days to be written. While William Fitzsimmons was staying in Pittsburgh in order to carry his grandmother. Subsquently, the songs are all about his late grandmother. »I Had To Carry Her (Virginias Song)« colours the melancholy of a long life, where »Ghosts Of Penn Hills« is a mezmerising ode to his much admired grandmother and the part of the city where they both lived:

»I will love you till these ghosts of Penn Hills will bring me where you are.«