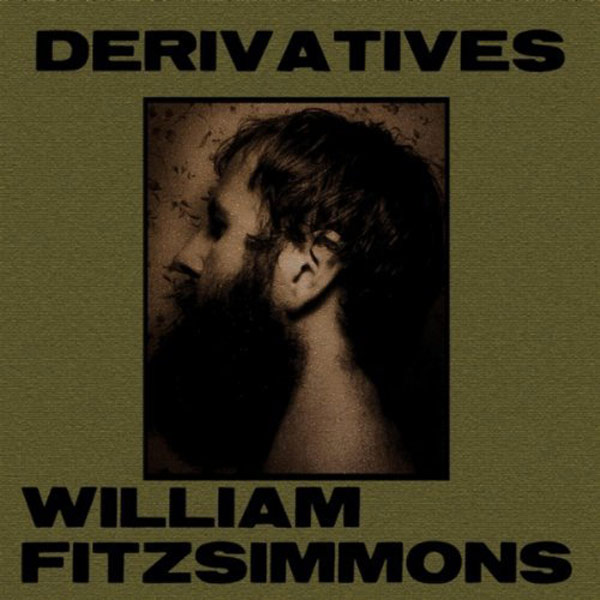 Derivatives, a new collection from William Fitzsimmons, is a multicolored re-imagining of several prominent tracks from The Sparrow and the Crow, Fitzsimmons’ well-received 2009 release on Mercer Street Records / Downtown Records. Exploring both love and loss, The Sparrow and The Crow intimately chronicled Fitzsimmons divorce, and could be best described as a confession and apology to his former wife. The album was named as iTunes Best Singer-Songwriter Album that same year.

“I wanted to allow people the opportunity to experience these songs and these ideas in ways that weren’t necessarily coated in the melancholia in which they were originally written. Over time I saw people actually understanding the songs in much brighter – even optimistic – ways, and I wanted to chase that feeling. The songs were written from a certain place, but I never wanted to keep them there.”

“The Sparrow and The Crow” full length has been greeted with significant critical acclaim, profiled on both NPR and the Wall Street Journal. The Washington Post called it a “…doleful but delicately lovely album”, while the Boston Herald added, “Powerfully heart-wrenching and yet so delicate you fear a breath might blow it right out of the CD player, singer-songwriter Fitzsimmons’ chronicle of his divorce is a near-masterpiece. Recalling both the cornhusker folk-rock of early Joe Henry and the doomed intimacy of Nick Drake, “The Sparrow and the Crow” makes art and beauty out of tragedy without selling the tragedy short…”

Raised in Pittsburgh by two blind parents, William Fitzsimmons has recorded two previous home studio albums, Goodnight and Until When We Are Ghosts, while finishing a graduate program in Mental Health Counseling. After securing his Master’s degree and becoming a therapist, Fitzsimmons is currently focused on his music career.