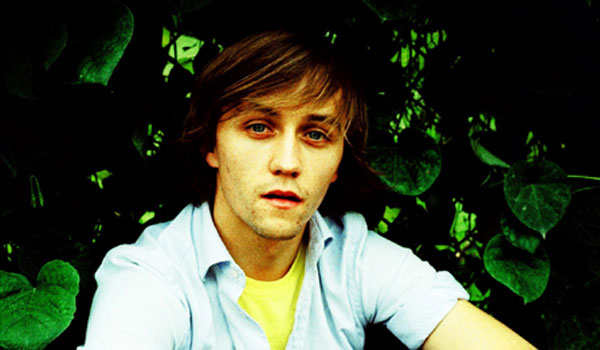 On Phantom Punch Sondre Lerche & The Faces Down deliver music brimming over with unrestrained youthful energy. 11 powerful tracks, several recorded live in only one take, don’t forsake Lerche’s well renowned melodic gifts, but its concise solos and vigorous ensemble playing show us a band at the top of their game. “These songs are cut to the bone, not a second longer than they have to be,” Lerche explains. “And I didn’t want to be subtle this time around, I wanted every song to jump out of the speakers – punchy, concise pop songs, played with restless spirit.”

“I toured with Elvis Costello last year,” Lerche recalls. “The way he interacted with his band made me start writing songs with my band in mind. Duper Sessions was about the swing, but Phantom Punch is about capturing the physical energy of four musicians playing together in a room, and the joy of music”

Phantom Punch is sparked by Lerche’s initial musical exposure, paying tribute to a wide range of sounds anywhere from 80s pop to Brazilian music. There are sharp edgy rockers like “Face The Blood” and “The Tape;” bright melodic pop tunes like “Say It All” and “She’s Fantastic;” the psychotic disco-waltz of the addictive title track, the acoustic introspection of “Tragic Mirror” and “John, Let Me Go”, a surrealistic tune with a quirky yet infectious bossa nova rhythm.

Producer Tony Hoffer (Beck, Belle & Sebastian, Phoenix, Supergrass, Marianne Faithful) was chosen by Sondre to get a brighter more aggressive sound. “They’ve been with me for over six years now so we’re a fairly dynamic group,” Lerche says of his Faces Down trio – guitarist Kato Ådland, drummer Ole Ludvig Krüger and bass man Morten Skage. “Hoffer helped us get that intensity on tape. We tried to do a song a day, with me singing live on every take, just like in concert, searching for that one special take.”

Born and raised in Bergen, a small West Coast Norwegian city, Sondre fell under the spell of the records his older brother and two sisters played – Norwegian pop sensations A-Ha, the Beach Boys, Elvis Costello and Prefab Sprout all made an indelible mark on Lerche’s musical consciousness. “I felt the need to take a step from being a passive listener and get more involved,” Lerche recalls. “I decided to learn an instrument.” Lerche chose guitar. “When I was 12, struggling with classical guitar lessons, my Brazilian teacher started playing these amazing tunes by Tom Jobim. Learning those harmonies and chord voicings, blending Brazilian folk and cool jazz, really opened my eyes.” In fact, so much that Brazilian pop influences the music Lerche writes to this day.

“At 14 I was playing open mikes at a club where my sister worked, terrified and excited to be playing in public.” Lerche’s solo performances attracted producer HP Gundersen, who signed him to Virgin/EMI before he was 16.

Lerche recorded Faces Down, in 2000, but its release was held up to allow the singer to finish high school. The album was praised for its inventive arrangements, Lerche’s smooth vocals and first rate songwriting, a collection that harked back to the classic pop sounds of The Beatles, Burt Bacharach/Hal David, 60s bossa nova and classic American saloon songs. Faces Down won Best New Artist at the Norwegian Grammys (Spellemannprisen) in 2002 and was listed among Rolling Stone’s top 50 albums of 2002. Two Way Monologue, another collection of tidy, well-crafted pop followed in 2004. Lerche’s vocals were more confident, swooping from a mellow tenor to playful falsetto ornamentations, with songs marked by lush melodies and expansive pop arrangements. 2006’s Duper Sessions was more acoustic and band focused than its predecessors, but Lerche’s attention to craft remained intact and the album charted in the Billboard Jazz Contemporary Top 5.

Lerche has toured extensively throughout the US and Europe the last couple of years and he is currently gearing up with the Faces Down to bring the live power of Phantom Punch to a venue near you. As the album ably demonstrates, Lerche will follow his muse wherever it takes him. “I’d like every album, every song, to be as much of a contrast to the next one as possible, whether it’s tempo, mood, instrumentation or energy,” he says. Phantom Punch fulfills that promise, another step in what promises to be a long and rewarding career for both the artist and music lovers the world over.