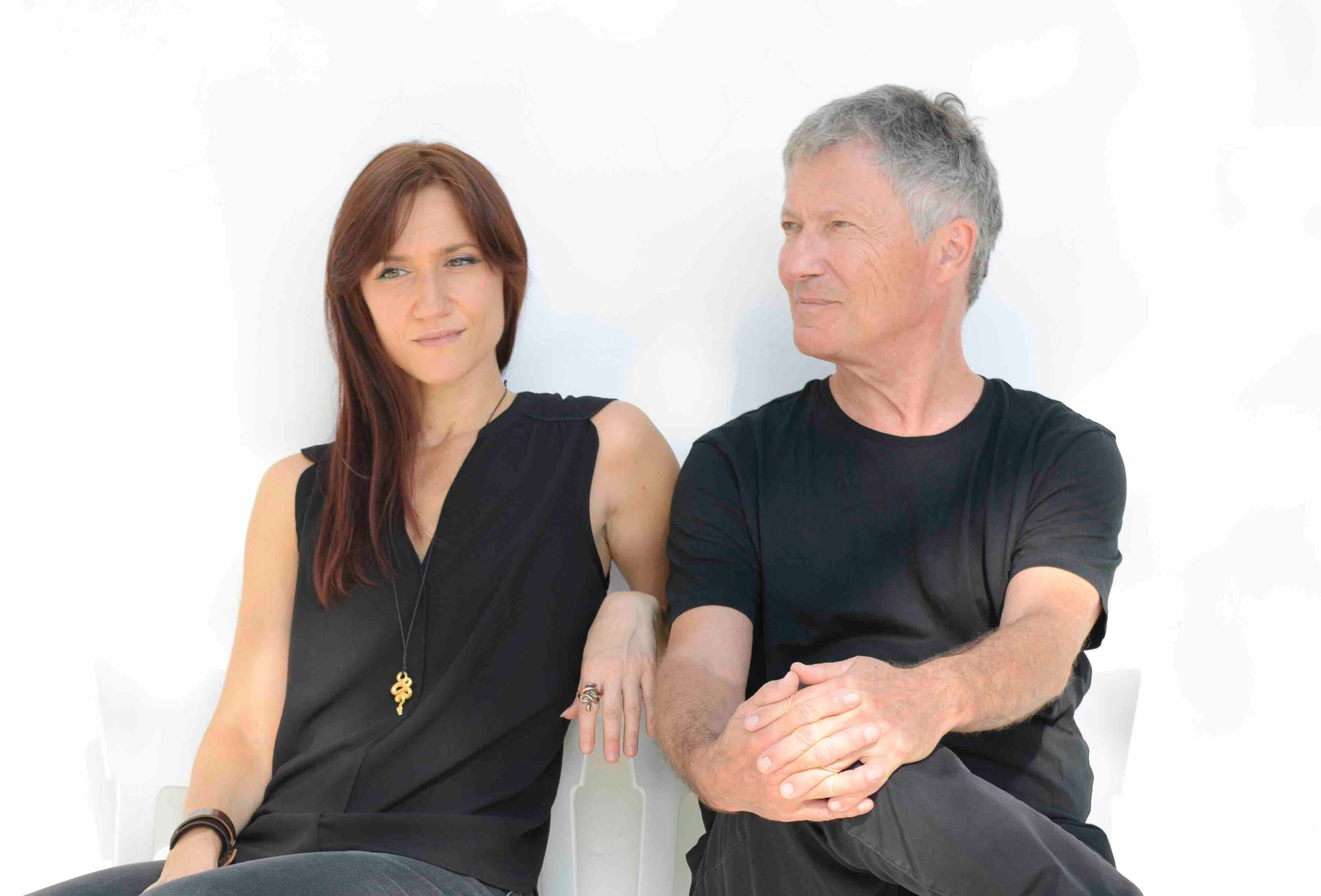 In June 2020 Michael Rother packed the trunk of his car full, making sure to include a selection of his favorite instruments and other effects, and set out on a trip from Bevern-Forst, where he has lived on an old farm since 1973, spending a half a century writing momentous pieces of music history, at times solo, and at others in collaboration with other artists (Hans Joachim Roedelius, Dieter Moebius, Brian Eno et al.) His two-day drive took him to Pisa, but it was not a vacation. Rother will stay in Italy and live there with Italian music enthusiast Vittoria Maccabruni. The two musicians crossed paths back in 2005 while Rother was touring Italy with his friend Moebius. 15 years on, and now as a couple, they are embarking upon a remarkable musical partnership, utterly unpretentiously bringing together stark contrasts in As Long As the Light, challenging each other, blending and completing one another and creating undreamt-of forms via musical dialogue. These new perspectives shape the sound worlds they concoct and give rise to something unique.

But let’s step back in time. In the summer of 2020, Vittoria Maccabruni, who was at the time still an unknown in the music world, eventually showed the legendary guitarist the bits and pieces she had long been working on in private and harvested enthusiastic encouragement from him. When workspace and living space became one in Pisa, the two of them increasingly shared ideas for a collaborative project. On the basis of Maccabruni’s vast material, they developed a shared vision, vaguely adopting Connie Plank’s philosophy of “grabbing the good parts and showing them in the best possible way.” The duo then revisited the material, selecting, honing and fine-tuning Maccabruni’s often rough and untamed electronic fragments and melding them with Rother’s structured concepts and flowing wave-like guitar to create bountifully meandering songs. The result of this collaboration is manifested in the album As Long As the Light, which presents eight songs of inexhaustibly joyous music-making. The album represents a new direction in Rother’s vast compendium of work over the last half century. Plucking and cracking sounds abound in edgy, mechanical, almost threatening music, which momentarily shifts, joining together with unmistakable harmonies, approaching them, being enveloped by them or cavorting on top of them. Vittoria Maccabruni’s sound constructs primarily conjure up dark moods; in song they join Michael Rother’s melodies and guitar harmonies to produce a reciprocal play of emotions. Warmth settles in. The eight tracks adhere to a high level of compositional complexity; they consist of innumerable overlapping layers that collide and stir each other up. Each layer has its own intense emotion, giving Rother-Maccabruni’s musical debut an infectious vigor that yields to abstract dramatic compositions open to interpretation, leaving scope to conjure up one’s own images and endless stories. It is road music about setting out and arriving and new horizons. One could also call it music for people with imagination.

We close our eyes and open our ears. We see dynamic images of imposing buildings, cityscapes and rocky terrain, floating somewhere between the future and the past, flooded with light and then suddenly shadowy once again; a flowing contrast of black planes and vibrant colors. It is evident: the contrasts these abstract soundscapes relate to us belong together. There is a positive tension that originates in the atmospheres the Italian and German musicians are pursuing.

Time to walk through the album: “Edgy Smiles” begins with intriguing but slightly dissonant synth bells, takes in air, pulls back and forth between and then merges two musical figures into a single entity; “Exp 1” steps up, reinventing wave music by combining a cascading rhythm with instances that recall the visionary moments of 1970s Krautrock. The third track, “You Look at Me” is the first song to feature Maccabruni’s dark, silky voice; this deviation gives the song even more weight, sending us down a path to an enchanted encounter. Rother’s guitars are distinctive. They give the album a common thread, even if they never take center stage but always stay in an attentive dance with Maccabruni’s sounds, or rectify her music with subtle intimations, as on the ensuing track “Curfewed.” “See Through” has a dampened, subaqueous sound before rising up and assuming the guise of a 1990s club track full of mantric repetition. “Forget This” is mixed with snippets of Maccabruni’s voice, then it slows and wades through a shadowy zone seemingly seeking peace and tranquility, but the Italian’s vocal cut-ups keep driving it on, never quite allowing it to settle. “Codrive Me” recalls associations with a breathing machine; it could serve as the score to a fitful experimental film or a David Lynch-style film scene that tells of an encounter with one’s inner demons. Within the album’s dramatic composition, this song is the meandering extreme of a reflection on darkness that is unusual for Rother, yet the tentative buildup of the music offers hope. The final track is a fulminant, overflowing finale with the tellingly simple title “Happy (Slow Burner).” This fantastic album ultimately leaves one feeling exactly that, although – or perhaps because – the act of listening to it is such an emotional rollercoaster ride. Indeed, that is what makes good music good: the capacity to create intense moments that do something to you. And, it’s true, “As Long as the Light” elicits an overarching feeling of happiness.