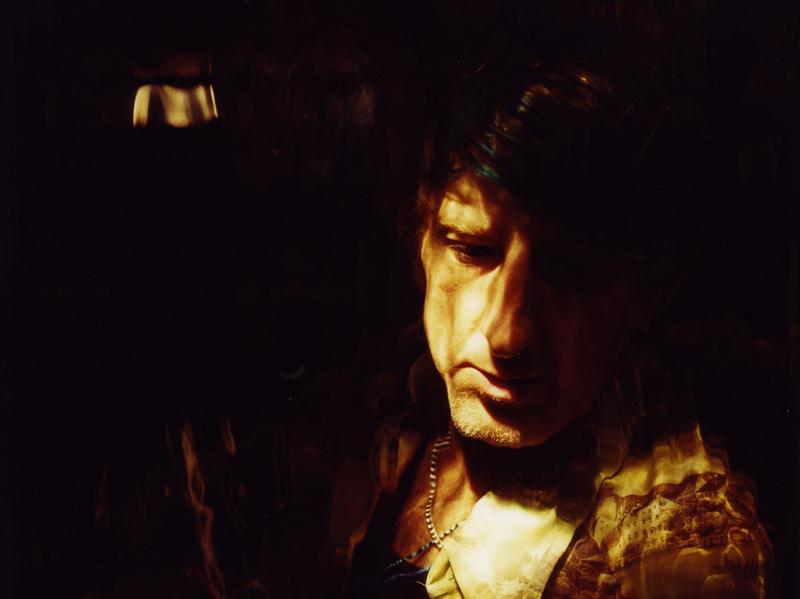 Merz, aka Conrad Lambert is back. It’s not the first time he’s been back – after walking away from huge hype and a major label deal in 1999, disappearing completely, he returned in 2005 with the critically lauded album, Loveheart. His third album, Moi et Mon Camion, is set to produce the same kind of fawning from all corners with its mixture of beautiful balladeering, heartfelt tunes, intricate production and a display of Merz’s multi-instrumental talents.

Since Loveheart was released, Merz has been touring Europe with The Earlies, playing all over the world at festivals as diverse as Green Man, Montreux Jazz festival in Switzerland and SXSW. More acclaim followed in the US, where the track ‘Dangerous Heady Love Scheme’ was iTunes Single of the Week, and ‘Postcard From A Darkstar’ was also Single of the Week with influential LA radio station KCRW.

Merz has spent much time travelling around England in the last few years, and this restless spirit sets the tone for Moi et Mon Camion. Named after a West Country removal firm who have moved Conrad and his wife’s belongings several times, the album even begins with the sound of their truck packing up and leaving. The album itself was written on the move, as Merz was relocating from Bristol, to Plymouth then subsequently to Bath.

In the airbrushed teen market, he might be deemed no oil painting, but to the trained eye he resembles Vincent Van Gogh. Lend him your ears

Further to the transient and homeless theme, Conrad employed the singing talents of an itinerant local to help with backing vocals on the album. “I wanted a vocalist who sounded like an old man, I told Bruno Ellingham who produced the album and he said ‘what about the Old Man of Bath?’ It turned out to be a down-on-his-luck thespian who lived in the local hospice. We brought him in and despite it being impossible to get him to sing the same melody twice, he ended up singing on three songs”.

One of those songs is album opener ‘Eviction Song’, where the Old Man of Bath does a fine job, adding another level of meaning to the song about Conrad moving house, yet again. This intriguing character, asking only for a bottle of whisky and a 4 pack of Tenants in return, also appears on ‘No Bells Left To Chime’ where he took it upon himself to sing an imitation of a vocoder. “The sound that came out of him at that point I’d never heard the like of, and probably never will again” remembers Conrad.

Merz’s debut should be cherished… it will leave you bewitched

The recording of the album also happened on the move, in numerous different locations. From Peter Gabriel’s Real World studios just outside Bath, to the Rockfield Studios in Wales, the Yorkshire Moors and even outside in the woods. “On one of the verses of ‘No Bells Left To Chime’ I recorded on a small machine while walking in the woods near Bath. This was inspired in part by roaming TV presenters on shows about the Coast or History of Britain. We chose to record in unusual locations to try and evoke more of the spirit of each particular song”.

Conrad was joined by a few notable musicians for this record. Charlie Jones, some time bass player with Robert Plant & Jimmy Page and Goldfrapp helped out, as did Clive Deamer, drummer for Portishead and Roni Size and coincidentally, now drumming with Robert Plant. The Earlies also join Conrad for a guest spot, singing backing vocals on ‘Call Me’, dropping in on their way back from Glastonbury.

Merz sounds like nobody else in the world and the world would be alright if it listened to nobody else. We absolutely love him

Also guesting on the album is Orbital’s Paul Hartnoll, who helped out with songwriting duties on ‘Malcolm’ and the multi-layered wonder that is ‘Shun’. “I was trying to re-dress the balance of acoustic sounds to electronic sounds on the record and I had the idea to ask Paul if he would like collaborate on a few songs, which he did. I knew what I did with him would fit on a Merz record because there are already threads in what I do that lead back to Orbital.”

Conrad admits with the drafting in of Paul Hartnoll, he wanted Moi et Mon Camion to be a very English album. “I think it’s English in all sorts of ways; the lyrics, the sounds, the spirit. One of the things I always enjoyed about Orbital was how much their music evoked Englishness.” And so it is with ‘Malcolm’, a hymn to West Yorkshire, telling the story of an eccentric philosopher whose thoughts drift in and out of reality. They even hired champion flugal horn player John Doyle, who plays for The Black Dyke Mills Band, the pre-eminent brass band in the country (he claims he was head hunted by The Grimethorpe Collery Band, the band that appeared in the film Brassed Off) you don’t get much more English than that!

For an album surrounded with so much un-rest and with its creator in a permanent state of flux, we can’t not mention that while the record was being mixed, Conrad’s house in Bath was plagued by 140 bats living in the wall cavity. “Come dusk our garden looked like a version of the battle of Britain, with hundred of bats swooping around at super fast speeds. We were chasing them out of the house, being dive-bombed by them when we were outside and kept up at night by their high-pitched squealing”. And so, the pair moved out, again.

But it’s ok. Where Loveheart was a more solitary and lonely affair, Moi et Mon Camion puts its arms around Loveheart and says everything’s alright. “That’s the spirit of the record; it contains themes of displacement with detached resignation, humanity and commonality”.

Merz will be doing a UK promo tour for UK BORDERS early April and a venue tour in UK and continental Europe afterwards.