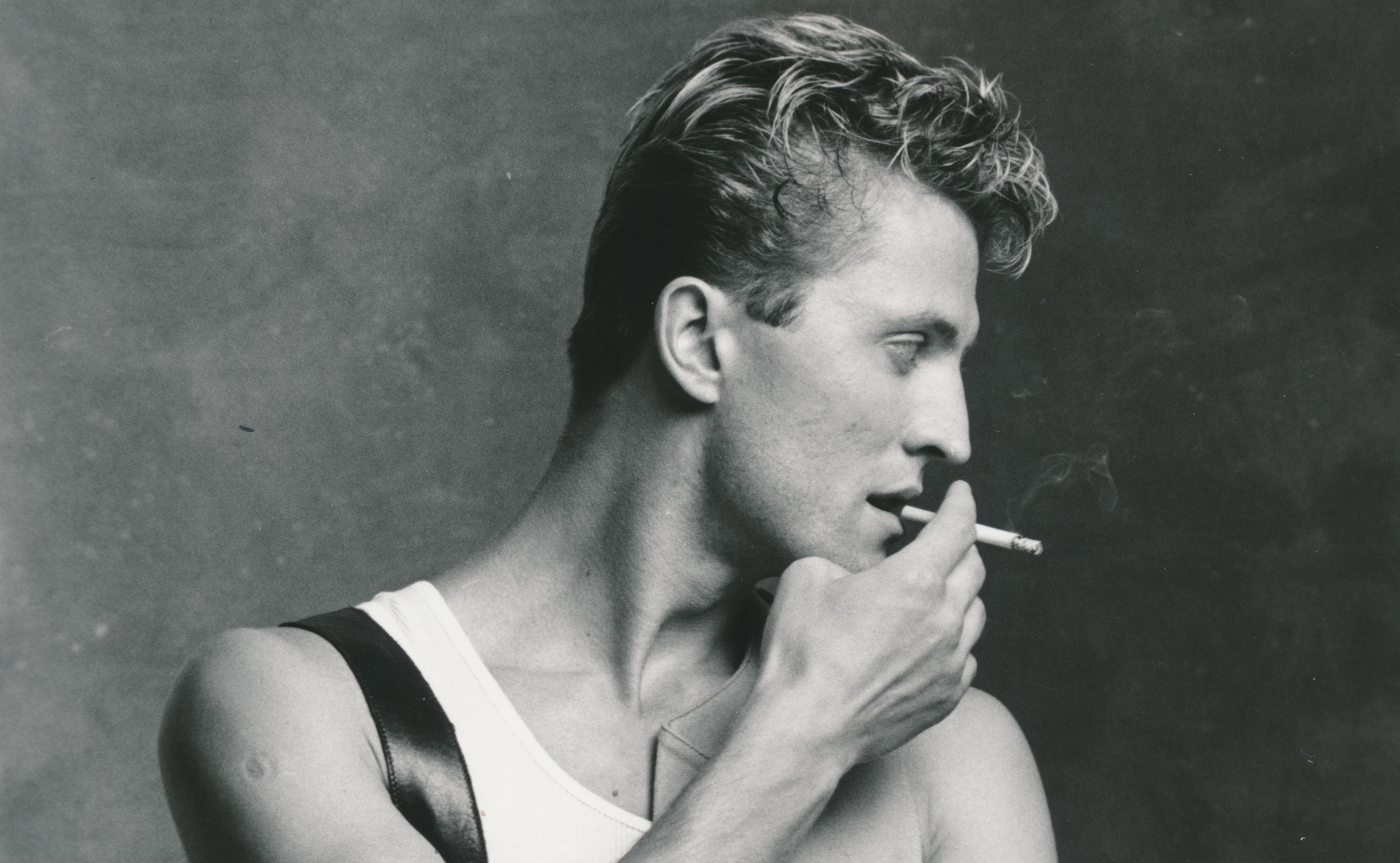 Everything begins with something ending, albeit not forever. At the start of the 1980s Robert Görl and Gabi Delgado enjoyed tremendous success as the duo Deutsch Amerikanische Freundschaft, until they split up in 1982 following a dispute. In 1986, after a short-lived attempt at a reunion, they broke up again, and this time for a significantly longer period of time. Robert Görl says that was a very difficult time for him and that he was deeply disappointed in his musical partner and friend; while working on the LP 1st Step to Heaven they had such a big falling-out that he lost all interest in making music.

And so he decided to try his hand at something new and headed to New York to study acting at the renowned Stella Adler Studio of Acting. He rehearsed Shakespeare and other classics for a semester, and could have perhaps launched a stage career; however, after returning from a brief trip home, he was detained and interrogated upon arrival in New York. The immigration officer asked him what he was doing in the city, he replied that he was studying acting – “That’s interesting,” the officer said. Four days later Görl received a notification in the mail stating that he had violated immigration laws because he was pursuing a course of study in the United States with only a tourist visa; he, therefore, had to leave the country immediately and would not be allowed to enter the United States for the next ten years.

Not only did he now no longer have a band, he could also no longer study or remain in the city that he had just learned to love. That, however, was only the beginning of his problems. When he flew back to Germany he was detained at the airport. He was told the German armed forces – the Bundeswehr – had been searching for him for quite some time because he had dodged his mandatory military service; he was not allowed to leave the country and had to report to the army within a few days or military police would arrest him. Görl thought it over a few days then packed his few belongings in a suitcase, put his freshly purchased synthesizer under his arm and got on a night train from Munich to Paris; sleepless, his heart racing, he awaited border control, but they did not even open the door to his compartment. The next morning he stood at Gare de l’Est and set out to find cheap lodging. He ultimately found a place in Levallois-Perret, a northwestern suburb of Paris. His plan was to stay there for about a year, until he had reached the age at which he could no longer be conscripted. He had a small room with a kitchenette and a washbasin. He knew no one in the city and did not want to meet anyone; even if he had wanted, it would have been difficult because he spoke no French.

Robert Görl was now stuck alone in a boardinghouse in the Paris suburbs, spending his days – and especially his nights – making music. He used his new, freshly released synthesizer – an ESQ-1 from the company Ensoniq – it featured eight voices, a built-in sequencer and thousands of preprogrammed sounds. It was a machine that could be used almost like the workstations that would simplify and dramatically change the production of electronic music at the end of the 1980s. In the solitude of his hermetic existence, Robert Görl managed to venture into the future of music: night after night he delved ever deeper into the possibilities the synthesizer provided him; he composed and superimposed musical layers over one another; he crafted sounds, reworked them and sometimes erased them again; he arranged rhythms and basses and modulated the music –particularly the low tones – so much that they sounded more sibilant and “dirtier.” This rendered the songs ever more dramatic and personal. They mirrored the life crisis Görl found himself in, yet were also a timely cure to rid him of the idea that he had gotten caught in a failed existence.

He stayed in the boardinghouse in Levallois-Perret for half a year before finding a place to stay with two of his sister’s girlfriends. But after three quarters of a year in Paris he got the feeling that he urgently needed to return home. And he was lucky: when he got back to Munich the Bundeswehr left him in peace. Things were looking up. His time in Paris had given him newfound optimism and had also rekindled his desire to make music; he decided that he now wanted to make a pop album out of the songs he had composed on his ESQ-1 and recorded on standard cassette tapes. He flew to London to meet Daniel Miller, who had released DAF’s first albums on his label Mute Records. Miller put him into contact with Dee Long, a progressive rock musician who was then playing in a new wave band. In Long’s studio in southern England Görl and Long worked on new arrangements of Görl’s Paris tracks. They then planned to rehearse and record the music in Beatles producer George Martin’s Air Studios. Before doing that Görl visited Munich one last time, going to visit his brother just outside the city. On his way home he hit a tree at high speed after losing control of his car on an icy road.

Görl spent half a year in the hospital and a rehab facility. His doctors took great pains to save his life. His right arm was shattered to pieces and had to be reconstructed with steel implants; he was also unable to use his legs for several weeks and had to relearn how to walk. Robert Görl managed to crawl out of the depths of life crisis for only a brief time before crashing back into nothingness; this time, however, nothingness immediately revealed new possibilities to him. After his release from the hospital he returned to his apartment only to find it empty. His friends in Munich had not expected him to survive and had divvied up his possessions among them; years later a woman still proudly told him that she slept beneath his old bedspread. But he missed none of it, not the bedspread nor any of his other possessions; he had no desire to make music either. During that time he did not think once about the album he had been working on before the accident. Instead, he went to Thailand to become a monk in a Buddhist monastery. He spent three years there before realizing that he could not find what he was looking for in a monastery, but only within himself. Thus, in the summer of 1992, he returned to Germany and danced to music that sounded like it was directly descended from D.A.F. at the Love Parade in Berlin. He spent the next few years as a techno DJ, but that is another story altogether.

A cassette of the unfinished songs from Paris, the dramatic, vivid, sometimes noxiously sibilant, yet always tenderly wrought tracks that Robert Görl recorded during his most profound life crisis turned up years later in a suitcase he had deposited in his brother’s barn. They remain musical sketches; Görl says he never felt the desire to make a real album out of them. They are sketches, but, in them, an entire time speaks to us, as does a life at a turning point; and the light that shimmers above the dark foundations of the noxious beats guides us into the future: everything ends with something beginning.