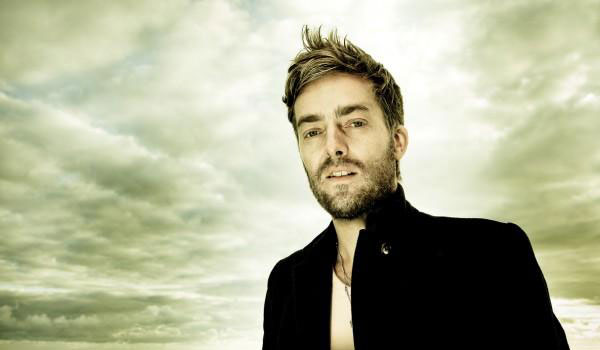 Signed to UK label Marine Parade, FREEALAND CEO and Marine Parade founder Adam Freeland has already started his assault on the UK with his blistering productions and thought provoking subject matter. His debut single has caused capitalists to choke on their Latte’s and consumers to question their McBurgers. While also storming in to the UK chart and every national UK radio playlist. He, Marine Parade and Gronland are now preparing to lead the rebellion in to Europe! “Skywalkin’ to every meeting…” of course.

The dancefloor is a wonderful place. It’s hard to find someone more aware of it than DJ, producer and man about Brighton, Adam Freeland. But there’s more to music than that. And there’s much more to Adam Freeland than that. “Although my roots are on the dancefloor it’s a relief to be able to express my influences beyond that, the idea of making twelve breakbeat tunes and calling it an album was about as appealing to me as a hard kick in the nads,” says Adam.

He’s not kidding. Freeland the band aren’t about double CDs of seamless, soulless mixing. Freeland are a living, breathing band. They have already played some astounding forward thinking live shows. Their debut gig at London’s Cargo was so packed with lights, projections, ear-tickling sound tricks and talking robot heads – no, really – that it is already been spoken of as one of the shows of 2003. This is no side-project flimflam, Free*Land is the real thing.

So who are they? Well for the main part, they are two nutty Chileans, a bald wizard drummer, a soul diva, and a DJ.

On Guitar: Antonio. A Chilean, who escaped Pinochet’s regime, became a master of linguistics, a political campaigner and a guitar virtuoso.
On The Bass: Carlos, Tone’s cousin. A Board freak reggae don who recently returned from a life in LA, where he had been signed by Fred Durst. Things are much better now!
On The Drums: Jim Carmichael. Having played for about every significant band to come out of Brighton in recent years, he is so on the money that at their debut gig, Free*Land’s own manager refused to believe that all beats we live!
On Vocals: Alison David. This stunning diva met Adam by fluke on a bench in front of his house. Alison has the soul of Shirley Bassey combined with the raw funk of Betty Davis.
On Vocals: Martin Fishely. Horace Andy protege, former Pressure Drop collaborator and really quite superb.

It is fair to say that Free*Land is a thoroughly modern proposition.

Nowhere does Free*Land’s message get through louder than on album opener; ‘We Want Your Soul’. Featuring the classic line “Your pills, your grass, your tits, your ass, your laughs, your balls, we want it all”, the song wastes no time in mocking the insane drive of brand-led, useless consumerism. Look out too for a whacking Bill Hicks sample and the throb and pulse of God’s own kick-drum. It’s the album’s biggest dancefloor moment.

“It’s about the destructive side of consumer culture,” says Adam. “About how we get force fed meaningless crap which distracts us from the issues that really matter. It’s the first time I had ever tried to write any lyrics, but it’s a subject I feel strongly about. Bill Hicks has long-time been my hero, he was fucking funny, but also spot on in the way he revealed the bullshit illusion we are living in.

“It’s been rewarding playing this record in America,” Adam continues. “I always assumed it would piss a lot of people off, but kids come up to me with a psychotic look on their faces and say, ‘You have no idea how much we need to hear this message right now!’.”

Album highlight ‘Supernatural Thing’ features Alison David’s neck-licking vocals, all coos and sighs. “It’s a love song,” says Adam. Simple, really. While raw angst propels ‘Mind Killer’. Inspired by the line, ‘Fear is the Mind Killer’ from Frank Herbert’s Dune, the song is about rising above fear; “It’s a media induced, comatose anaesthetic”. “It’s rocky, angsty, hard,” offers Adam, “it’s about letting go. We live in a culture that uses fear to keep us down, be it terrorism, SARS, paedophilia, and we’ve become conditioned to it.”